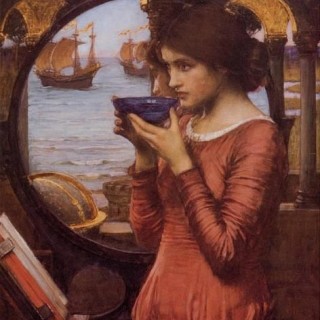 You hear a lot of advice as a small YouTube channel.  Make more videos!  Tweet every day!  Shareability!  Longer videos!  Likes! Annotations!  Ask them to Subscribe!

But the big piece of advice we never took was: COLLABORATE.

A rising tide lifts all ships, the saying goes, and the idea is that if your channel can help out another, you should do it.  And don’t worry about contacting a channel with more subscribers than you – you could be bringing in a brand-new audience to the bigger channel.  Everyone wins.

It’s easier said than done, of course.  We’ve tried to pull of collaborations before, but something always got in the way:  schedule conflicts, too big of a difference in style, lack of funds.

But this year, with the help of the YouTube NextUp program, we finally did it.  We made two videos with our friend Kat McDowell – one for her channel, and one for ours!

This time, everything went right, the stars aligned, and the fates smiled on us.  We met Kat at an event at YouTube Space LA, and we recognized her from one of our favourite music videos – her cover of “Somewhere Over the Rainbow.” She’s a singer-songwriter from Japan and New Zealand, who makes “positive surf-pop” that will bring a smile to your face.

We knew we wanted to collaborate with Kat, but it was just a matter of finding a time and place to make it happen. Amazingly, we were both selected to take part in the YouTube NextUp program!  This meant we were in the same place at the same time for an entire week, with beautiful filming studios and tons of equipment at our disposal.

We hope you enjoy the videos as much as we enjoyed making them.

Here’s the video about Musical Harmony we made for our channel:

And here’s the music video “Human” we made for Kat’s channel:

Remember to tell your friends about Socratica Studios, and encourage them to try our videos and subscribe!

Socratica was incredibly lucky (#blessed) to participate in the 2016 Class of NextUp at YouTube Space LA.  We were one of 16 channels who gathered together in Playa Vista at the YouTube Space for a week of intensive filmmaking classes and guidance from industry experts about how to grow our channels.

We’d like to introduce you to our classmates! In alphabetical order, here are the 16 talented creators we got to know and love:

2. Angel Wong’s Kitchen – Angel demystifies Taiwanese cooking and shares all of her most delicious discoveries with you. We hope to lure her down to the San Gabriel Valley to go on a dumpling crawl with us.

3. Cordero Roman Pay no attention to the man in the bushes.  Cordero is best known for his hidden-camera videos and awkward interviews. But he recently announced he is branching into new material, so stay tuned!

4. Dahlia & Dia Dahlia and Dia Tequali are twins who make surreal mini-movies. We sincerely hope David Lynch is watching. This video includes some guest appearances from other NextUppers.

6. House of Haute Toni Duclottni makes fashion and beauty videos, with all kinds of advice and her own personal touch. I didn’t even know latex dresses were a thing.

7. imSarahSnitch Sarah Sterling is an expert in all things Disney. This is her personal channel, but she’s also part of the Thingamavlogs channel, starring 4 Disney enthusiasts! If you love Disneyland, DisneyWorld, Disney movies, etc., you need to know about these channels.

8. Kat McDowell Kat is a singer-songwriter who was born in Japan and raised in New Zealand. She makes positive surf-pop style music you’re going to sing to yourself all day. Here’s another video that featured the NextUppers!

9. Mr. Fix It Aaron Massey makes clear and good-humored DIY, How-To, Installation, and Home-Improvement videos. Anyone who thinks they could never take care of their own home repairs needs to give his channel a try.

10. Nic and Pancho Nic Bello and his friend Pancho (who also attended NextUp) make the most charming comedic videos. You would swear Pancho understands every word Nic says. By the end of the NextUp camp, we all wanted to adopt Pancho, and Nic as well.

11. Painting with Jane Jane Font owns and operates Pandemonium Art Gallery. In addition to running this home for experimental art, she also makes free instructional art videos. They are hypnotic and relaxing, and make us all want to take up a brush.

12. Rayann410 Rayann Young hails from Atlanta (the 410), and has a lot of wisdom to share about taking care of your beautiful hair without it driving you crazy.

14. Socratica (that’s us!) Kimberly Hatch Harrison and Michael Harrison make educational videos. We focus on STEM, but there are some humanities in there too, so really we should say we make STEAM videos. Enjoy!

16. Vagabrothers Marko and Alex Ayling are a couple of vagabond brothers (Vagabrothers) who travel the world and make it look easy and fun – there’s something for everyone on their channel.

When you make videos for YouTube, most of the time you are working on your own. It was such a gift to get to meet with other creators and see how they worked.  It was incredibly freeing to see how they could make a mistake, shake it off, and try something else. We’ve learned so much from these guys.

Please check these great channels out!  They’re the next big thing.  We’re going to be able to say we knew them when!

Remember to tell your friends about Socratica Studios, and encourage them to try our videos and subscribe!